To set the x-axis to a logarithmic scale, tap the menu button and go to: Settings > Graph > X-axis scale type > Logarithmic. The option will change the x-axis scale into powers of 10. 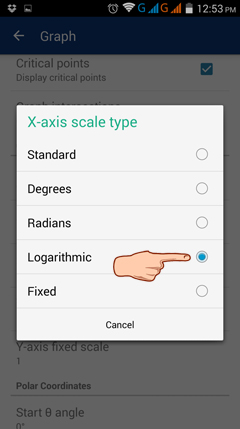 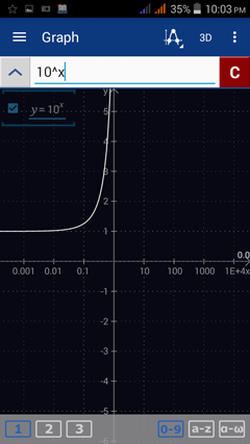 To set the y-axis to a logarithmic scale, tap Y-axis scale type > Logarithmic. The y-axis scale is now set to powers of 10. 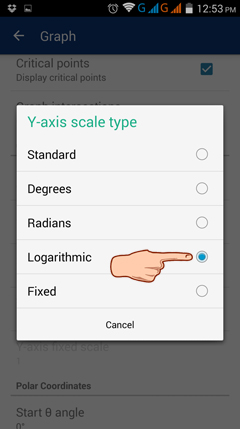 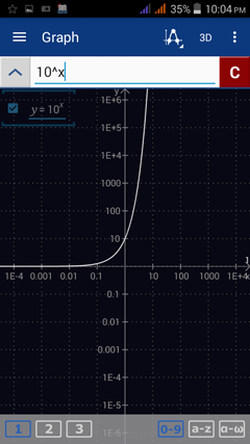 To use other powers as scales, tap the Graph window and pinch or stretch until the desired scales are displayed. 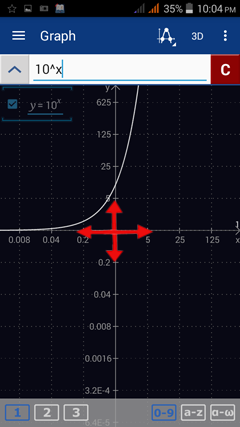 Untitled
Next: 4.10. Tracing Values and Slopes of a Graph>
List of contents
Powered by